Heathrow is situated 25 km west of London England and is the world's busiest international airport.

The airport now has five terminals, the latest of which is British Airways' $4.3 billion international terminal.

Visitors are advised to allow sufficient time to travel  between terminals for connecting flights.  The five terminals are:

Please verify your terminal before arriving at the airport. 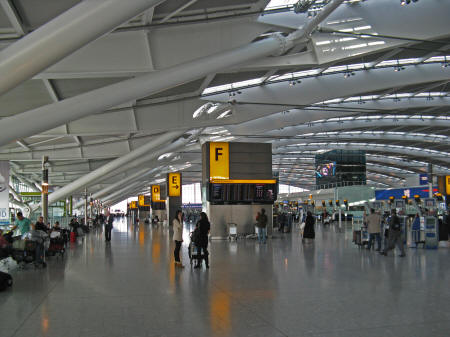 The Heathrow Express train service operates from the airport to Paddington station in central London.  The trip takes around 15 minutes and costs around £12.50.

The Airbus Heathrow Shuttle runs every 30 minutes to downtown London England and costs about £6.

Bus and coach service is available from Heathrow to the Victoria Coach Station and to other London destinations.

The cost of taxi service from Heathrow airport to downtown London is approximately £35.