Greenwich Park is a beautiful large park located a few kilometers away from the centre of London England.  Attractions in Greenwich include the Cutty Sark, the Gypsy Moth and the Old Royal Observatory.

A painted line at the observatory denotes zero degrees of longitude. Many visitors to Greenwich enjoy having their photos taken with one leg in the western hemisphere and the other in the eastern hemisphere. 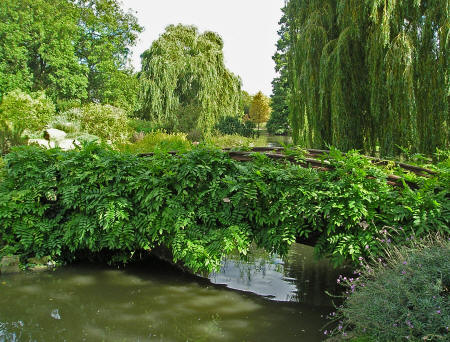 Greenwich is the place where time was officially tracked - "Greenwich Mean Time" or "GMT".  In many countries the term "Universal Time Coordinated" or "UTC" is used. Greenwich is located in London SE10.

Greenwich is a popular tourist destination in London England that attracts visitors from around the world.