Big Ben is certainly one of London England's most well-known city landmarks.

Although many tourists believe that Ben is the clock tower that graces the UK Parliament Buildings, it is actually the 14 ton bell that is hidden in the tower.

The bell was named after Benjamin Hall, the chief commissioner back in 1858. 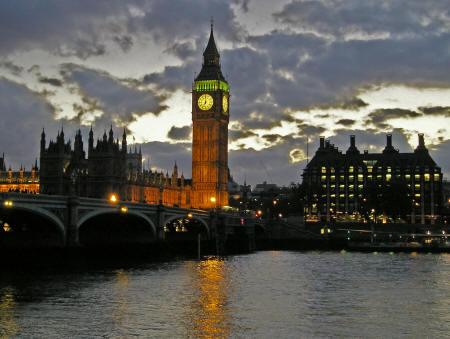 There is no sound that pleases London visitors more than the unique chime that originates from the 320 foot tower at Westminster.

Big Ben is located in the City of Westminster, one of London's central districts.