The Royal Albert Hall in London England is a premiere venue for concerts and the performing arts.  This famous hall was originally opened in 1871 by Queen Victoria and named after Prince Albert. 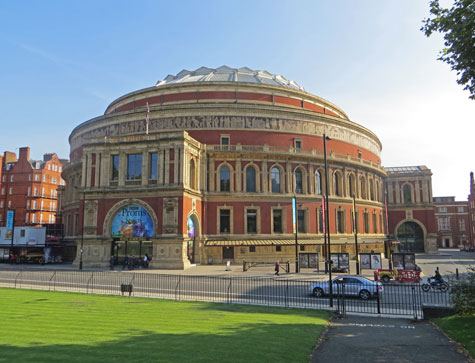 The Royal Alberta Hall is situated in the London borough of Westminster just south of Kensington Gardens.