The Old Bailey in London England is undoubtedly the most well-known courthouse in the world. It is London's Central Criminal Court.

The building was badly bombed during the war but has been rebuilt.  Visitors to London England can attend a trial session and witness a real-world court case is session. 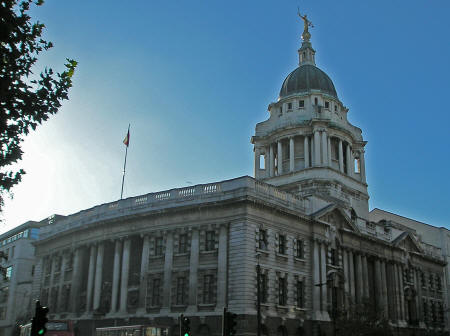