Piccadilly Circus is ablaze with lights in the evening.  It features a lovely fountain of Eros at its centre called the Shaftesbury Memorial Fountain. 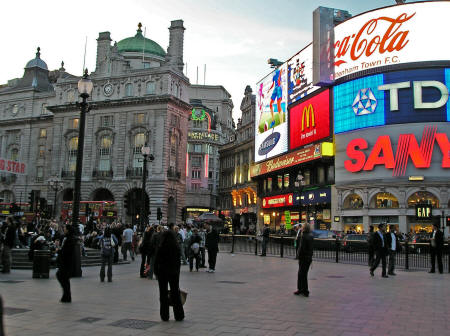 The Plaza was established in 1819 to connect two of London's largest arteries: Regent Street and Piccadilly Street. Today, it is one of the busiest intersections in London England