The Palace of Westminster (British Houses of Parliament) is a gorgeous gothic revival building located on the banks of the River Thames in London England.

The British Parliament is comprised of two chambers:  The House of Commons and the House of Lords. The Palace was constructed in 1840. 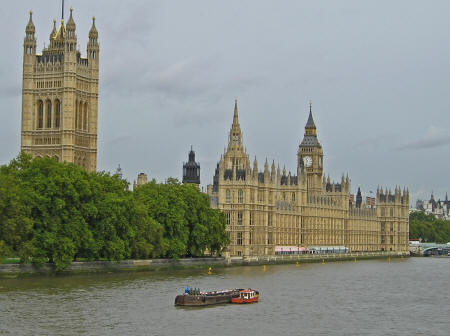 Free guided tours of the palace are available at designated times during the year.  When parliament is in session, visitors can watch the parliamentary debates from the visitor's gallery.

The Britain's Houses of Parliament are located in the City of Westminster district of Central London (London SW1). For more information, please visit www.parliament.uk.